3 of 4 in this real time painting demonstration, painting the first glaze over a grisaille underpainting for a portrait commission.

Here I begin to model the forms already drawn in the grisaille underpainting, using velaturas and glazes, mixing the colours on the portrait itself as well as on the palette. A velatura is a semi – opaque glaze of paint, ie. for me a glaze with a little white added.

There is quite a bit of oil paint on the grisaille underpainting now, and I can move this around and blend it to build up the forms with a both hogs hair and sable brushes.

At this stage I have been painting the portrait for around 40 minutes and half way through the first glaze. 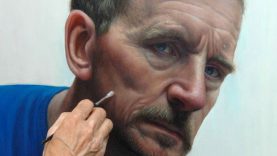 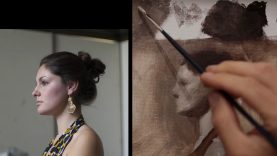 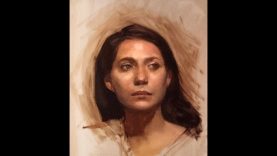 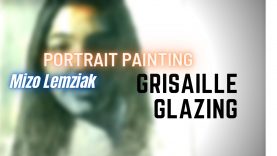 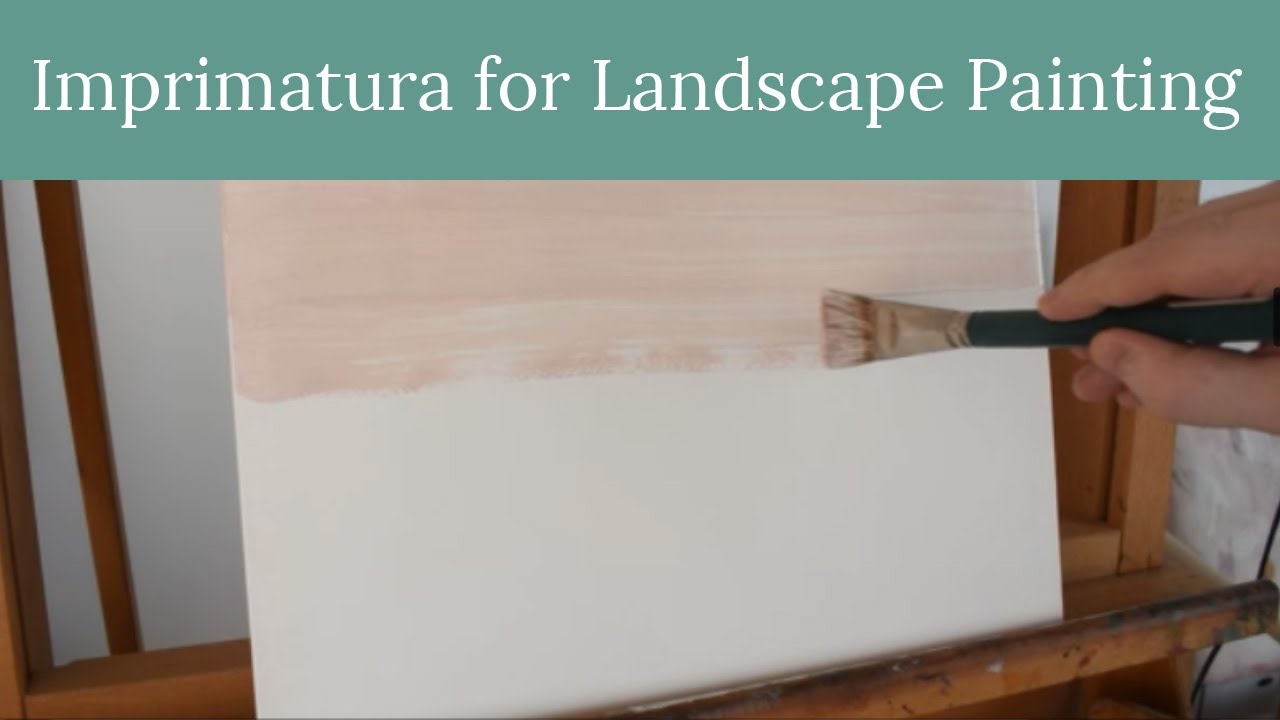 Imprimatura for Landscape Painting by mbevia 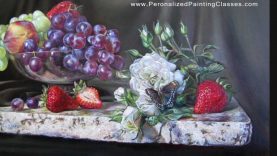 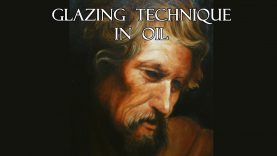 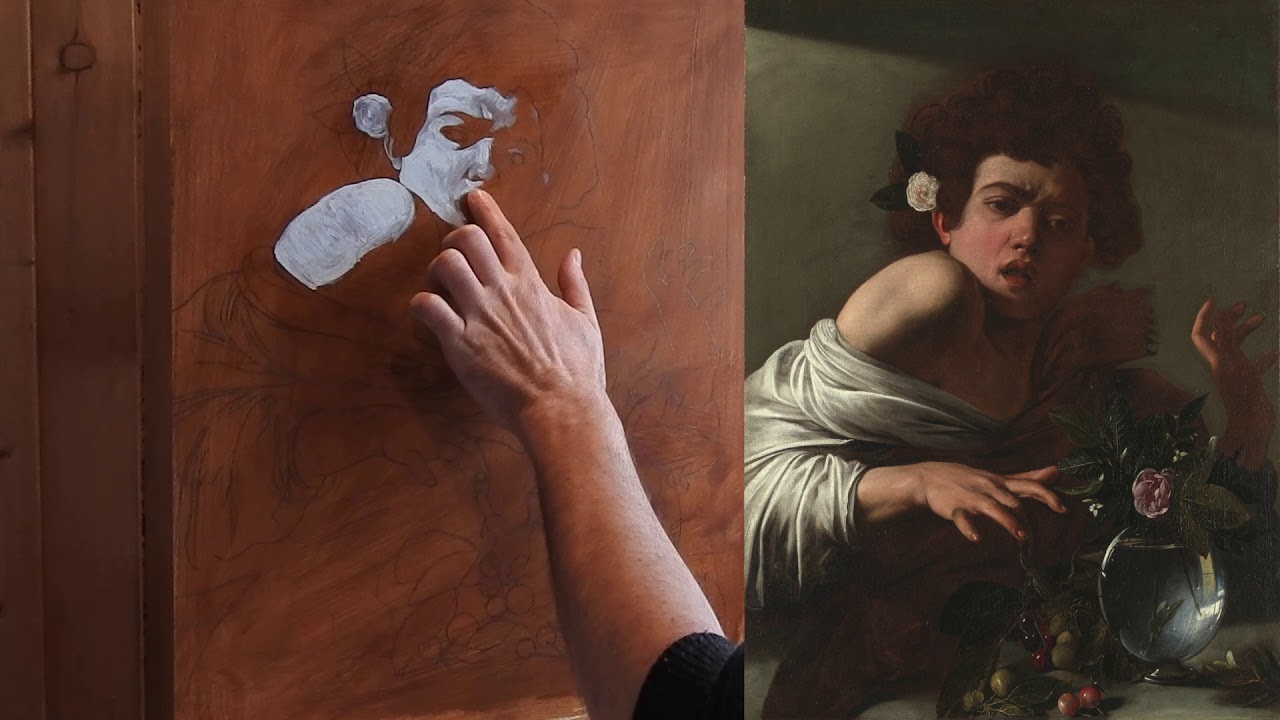 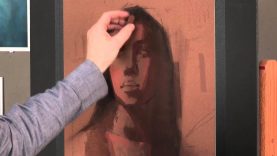 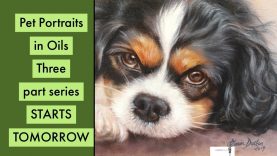 How to Paint Pet Portraits in oils – 3 Part 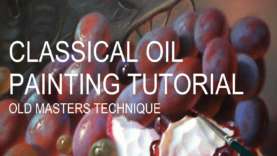 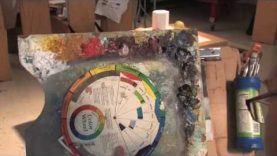 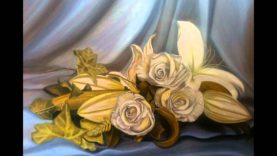 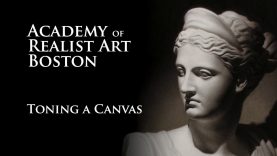 How to tone a canvas for oil painting – Imprimitura 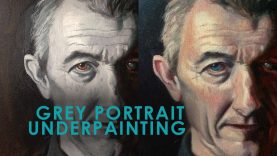 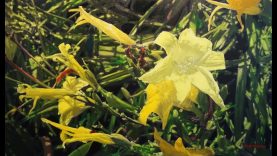 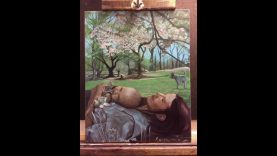