The Idolatry of Modern Art Music written and generously provided by Paul Jernberg. Find out more about his work as a composer here: http://pauljernberg.com If you’re Catholic then it isn’t news to you that many in roles of authority within the Church have fully embraced modern and post modern art movements as perfectly appropriate for the use of sacred art. […]
PREV VIDEO NEXT VIDEO

The Idolatry of Modern Art

Music written and generously provided by Paul Jernberg. Find out more about his work as a composer here: http://pauljernberg.com

If you’re Catholic then it isn’t news to you that many in roles of authority within the Church have fully embraced modern and post modern art movements as perfectly appropriate for the use of sacred art.

Even though the intellectual and philosophical movements that animated this cultural shift feature a lot of agnostic and atheistic tendencies and even though, if you connect it to modernism itself, you may, or may not know, that Pope Pius X condemned it as a heresy.

But so what? Maybe, as many will insist, we need to embrace new and innovative ways of expressing the faith. We need to ensure that the gospel doesn’t grow stale and irrelevant. And I agree with that if it means we should continue to build upon what came before and steadily improve as we strive to communicate beauty and the story of salvation history.

But modernist movements did not do that. They discarded what came before them and held them in contempt. This was, in many cases, literally done as Church sanctuaries that were masterpieces of religious art and craftsmanship were the victims of enthusiastic church professionals who were all to happy to embrace these new trends.

It’s because it doesn’t meet what I believe to be an essential criterion for sacred art according to Christian doctrine and to explain what I mean, I think we need to revisit what has been a seemingly timeless controversy in the Church which is whether or not using images in worship is idolatrous.
Protestants took up this controversy in the 16th century when they began smashing stained glass windows and beheading statues but these iconoclastic tendencies have been with us since at least the 8th century when the Eastern Church had to confront the exact same speculation.

And of course, the reason this controversy and confusion exists is because of the 1st commandment in the decalogue which says that we shalt not have any strange gods before the true God of Israel and that it forbids making images to worship.

But iconoclasts took this to mean that all imagery was forbidden lest we fall into idolatry. After all, it says right there in scripture, “You shall not make for yourself an image in the form of anything in heaven above or on the earth beneath or in the waters below.”

But does that mean all imagery is idolatrous? Well, it can’t mean that because just a few chapters later in the book of Exodus, God sanctions the use of carved images for religious piety by telling the Israelites how they are to fashion the tabernacle with two carved angels on each side of the cover.

And this is tricky for Christians because our faith is a sacramental faith in which the invisible is made visible. In which matter, space and time, and sound are employed to communicate the reality of the spiritual life and there is no better example of this than the incarnation of Jesus in which the invisible God becomes human so that we can meet him face to face, hear his voice, and know him like we know most other things that we can see and touch.

And so, it is our instinct to follow that pattern and to make visible that which is invisible through art that can clarify what might otherwise be difficult to understand and visualize.

When we talk about God’s interactions with us through the stories we find in scripture, we refer to it as revelation. God’s work since our estrangement with him has been to reveal himself to us as a prerequisite to relationship with him. He wants to make himself MORE explicitly known to us.

And that is the principle that sacred art should follow. It should be used to make spiritual realities or the stories in the Bible less ambiguous than they might otherwise be if they were just left to our imagination.

And this is exactly what Christians aspired to do by telling the stories of the Bible through representative imagery. It was used to enhance our prayers, help us feel closer to God as we worshipped him, and to teach and catechize the faithful, especially in places and times where literacy was low.

But that’s not what modern art does. It embraces the abstract and the novel and abstraction is the opposite of revelation.

They portray the stories of scripture as something more incorporeal when that is the exact opposite of how God chose to reveal himself, in unmistakable and material presence available to our senses.

Abstraction doesn’t reveal the reality of salvation history – it obscures it. And when revelation is obscured, it leads to confusion, and when you’re praying in a state of confusion, you can easily be led from that disorientation into idolatry.

HOW MUCH!??! – Artist Reacts to Overpriced Art – Jazza

5 Reasons the Modern World Is so Ugly 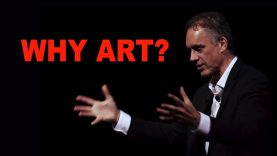 Jordan Peterson: Why you need Art and beauty in your life 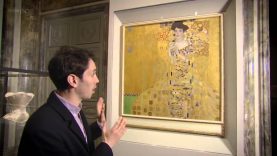 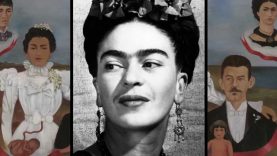 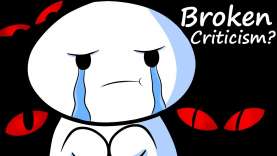 Everything Wrong With The Animation Community Critics 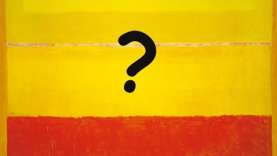 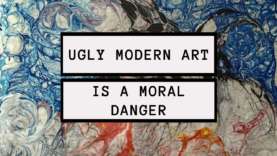 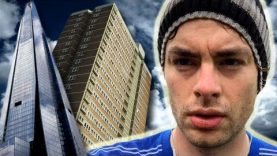 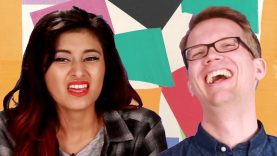 Is it Modern Art Or Kid Art? – BuzzFeed Multiplayer 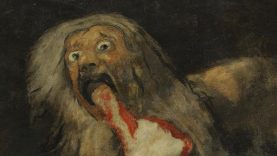 The Most Disturbing Painting – Nerdwriter1 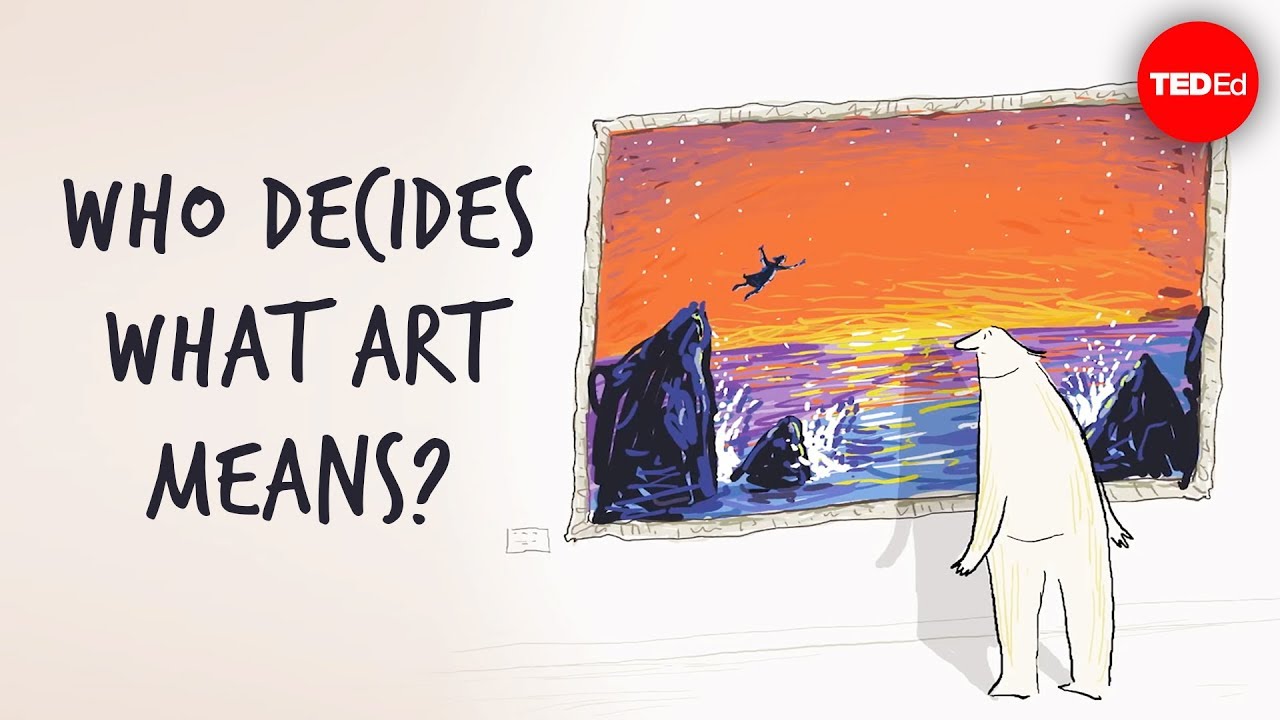 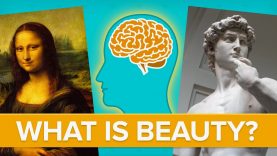 What Makes Something Beautiful? – Skillshare 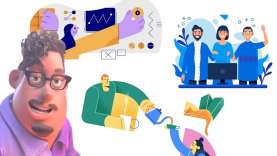 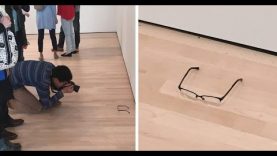 'Modern Art' Fans Fooled By A Pair Of Glasses 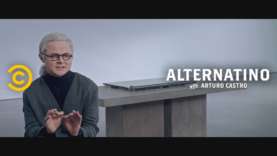 The Man Behind the World’s Ugliest Buildings – Alternatino 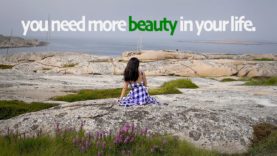 Why Beauty Matters in Everyday Life 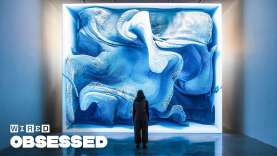 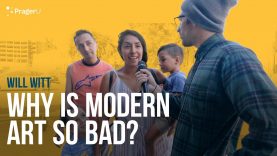