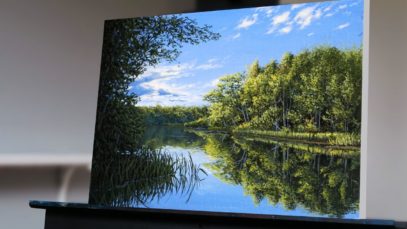 In today’s acrylic painting lesson we paint a landscape depicting a reflective river running beside a forest full of leaves and foliage. This relaxing painting tutorial is completed for the most part in real time and will cover the step by step process of how to paint trees, reflections, leaves and of course how to […]
2022-04-20 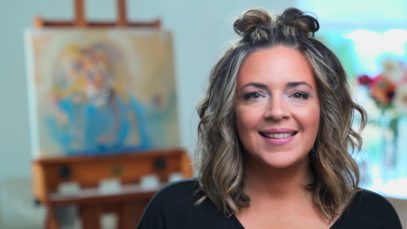 If you have a question for me, post it in the comments below. I’ll answer as many as I can on next Thursday’s episode. Here are links to each question answered in this video: 00:16 — a lesson and demonstration of the Zorn limited palette and the Geneva palette 13:40 — How do you get […]
2022-04-18 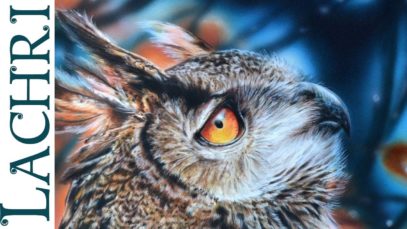 In this time lapse painting & drawing demonstration, I show you how I painted an eagle owl with Faber-Castell Polychromos colored pencil (and one white prismacolor) and airbrushing for the background. I used Fabriano Hot Press artistico extra white watercolor paper 160lb for this piece. As always, I am blending my colored pencil with Mona […]
2022-01-13 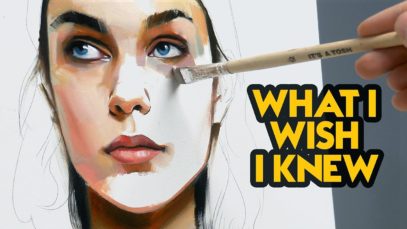 5 Things I Wish I Knew as a BEGINNER ARTIST

The first 1000 people to use the link will get a free trial of Skillshare Premium Membership: https://skl.sh/alpayefe12201 In this video I share 5 things I wish I knew as a beginner artist with you. Links to all the amazing creators that I mentioned in the video: @KamuiCosplay https://www.youtube.com/user/Mogrymillian @Adam Duff LUCIDPIXUL https://www.youtube.com/user/AdamationStation @The Art […]
2021-11-13 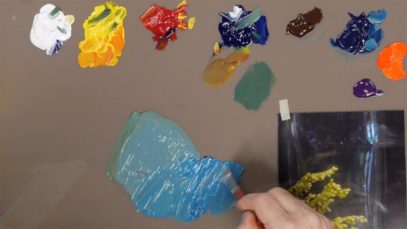 How to Mix Vivid Colors

In this video I explain how to mix vivid colors with oil paint. For more free videos on painting in oil visit http://drawmixpaint.com If you are interested in the paint that I use visit http://genevafineart.com source
2021-10-08

If you have a question for me, post it in the comments below. I’ll answer as many as I can on next Thursday’s episode. Here are links to each question answered in this video: 00:04 — a lesson about misconceptions about value in paintings, specifically the overall “exposure” and what happens to colors that are […]
2021-10-05 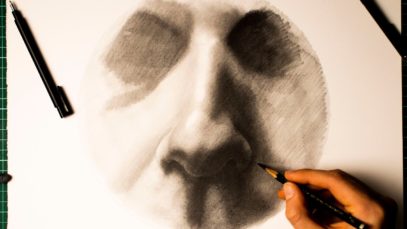 How to Draw a Realistic Nose

Head to https://www.squarespace.com/?channel=youtube&subchannel=jonodry&source=jonodry to save 10% off your first purchase of a website or domain using code: jonodry I really enjoyed making this video! In this video I hope to teach you how to draw a nose from start to finish. I go over the tools I use some basic anatomy and give some tips […]
2021-10-03 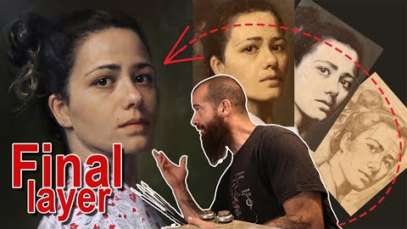 #tutorial #secondpainting #cesarsantos Finally we get to paint the portrait in its full complexity. We have been setting up for this moment starting with the drawing stage, the underpainting stage, the first painting stage and now the second painting stage which completes the work. In the full video on my website https://cesarsantos.com/ I show every […]
2021-07-26 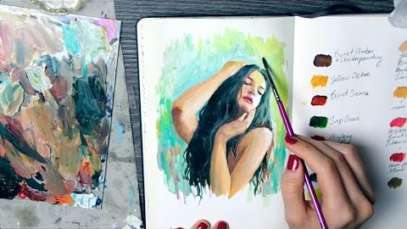 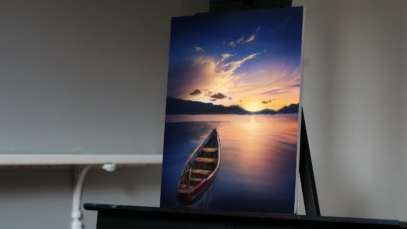 In today’s acrylic painting tutorial we paint a boat on a calm lake. This relaxed seascape painting lesson is done in real time and will cover the step by step process of how to paint a boat, water, reflections and lots of clouds. You can find the colors I used for this palette listed below […]
2021-07-08 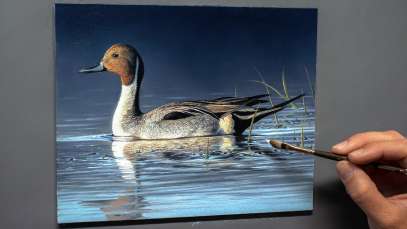 I share new techniques and how they’ve led me to a better painter in this video. Sometimes all it takes is a change in perspective to learn and improve as an artist. I also take you through my newest oil on canvas #painting which features a pintail drake. It’s so great to get back to […]
2021-07-01 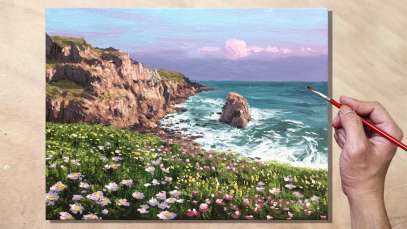 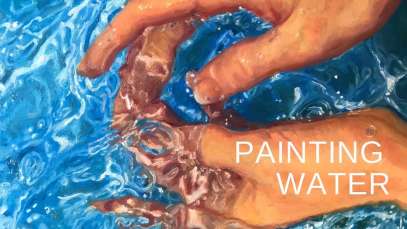 I forgot how much work goes into painting water… But I love it 🙂 This took about 15 hours over 2 days to make, plus lots of breaks to stretch my back after hunching over those tiny details. Thinking about getting into more water pieces again – just have to find the time! Oil with […]
2021-04-30 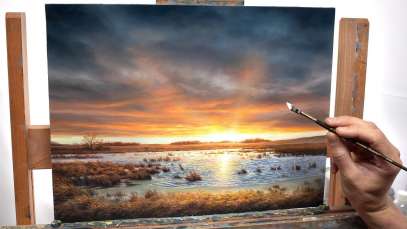 This landscape painting features a wetland scene with a bright and beautiful sunset setting in the back. I wanted to capture the light and bright, vibrant colors not only in the sky but in the water’s reflection below. Looking for longer, more detailed painting videos with color mixing & reference photos? Available here: https://www.youtube.com/channel/UCcYz479zVIZ2JPSPaXHPKGA/join Gamblin […]
2021-04-20 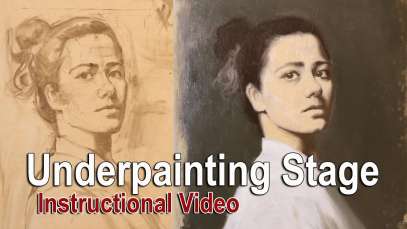 #instructionalvideo #underpaintingstage #portrait The underpainting stage can take many forms: thin or thick paint application, flat or with volume, monochrome or full of color. In this preview I chose to set the mood with broad masses of local colors in a flat way. In the full video on my website https://cesarsantos.com/ I explain the materials […]
2021-03-09 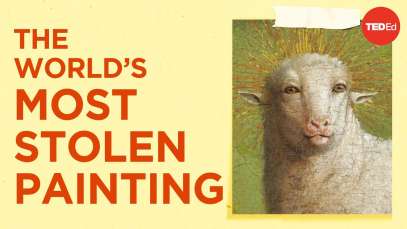 Discover Jan van Eyck’s masterpiece, the Ghent Altarpiece, and explore how it became the world’s most stolen artwork. — Throughout six centuries, the Ghent Altarpiece, also called “The Adoration of the Mystic Lamb,” has been burned, forged, and raided in three different wars. It is, in fact, the world’s most stolen artwork— and is considered […]
2021-03-01 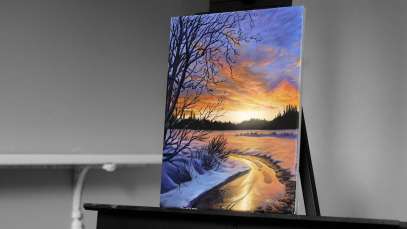 In today’s acrylic landscape painting tutorial we paint a snowy winter path with a warm sun set in behind the trees. This relaxing painting tutorial is completed for the most part in real time and will cover the step by step process of how to paint snow, ice, reflections of light, trees, sunsets, big clouds, […]
2021-02-20 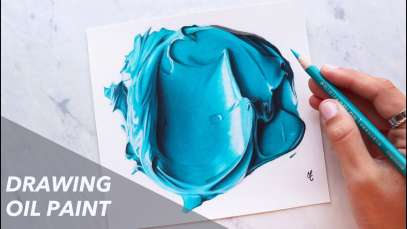 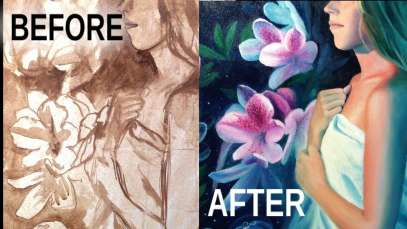 The Underpainting Technique (for beginners) 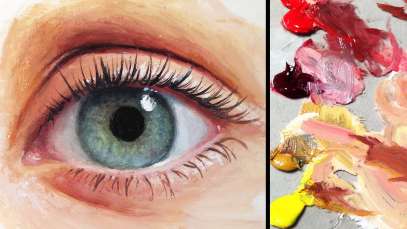 How to Paint a Realistic Eye – Oil painting 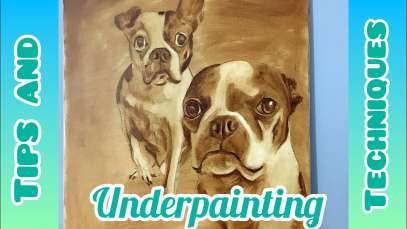 What is the purpose of an underpainting? All is explained simply for beginners, in this oil painting basics video. Check out Mazart Studio’s Pet Portrait Course to see more in-depth classes! Interested in buying a print: Check out my website! https://2-kara-overbee.pixels.com/ Social Media: Facebook: https://www.facebook.com/overbeefineart Instagram: https://www.instagram.com/overbeefineart/ source
2020-12-21 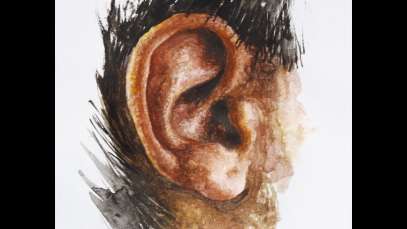 How to Paint the Ear in Watercolor – PatDowArt 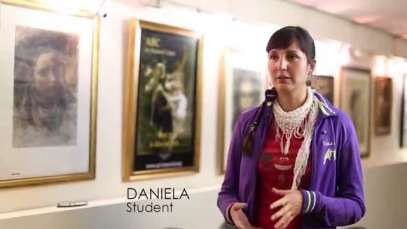 The Students and Instructors

http://www.angelartschool.com Comments from students and instructors about the Angel Academy of Art, Florence source
2020-12-11
Page 1 of 41234»