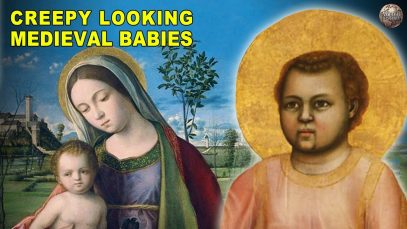 Why Do Babies In Medieval Art Look Like Creepy Adults?

Infants in medieval art all have one thing in common: They don’t look like babies. Instead, they resemble miniature versions of middle-aged men, sometimes complete with receding hairlines and ripped muscles. Depictions of weird, prematurely aged babies appeared throughout the medieval era and into the Renaissance when the trend (thankfully) started to fade away. The […]
2020-10-22
30% Off Annual Membership with code: annual30aff